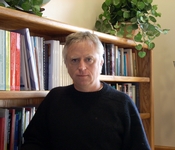 Ask Eric Cunningham, associate professor of history at Gonzaga University in Spokane, Washington, about his teaching philosophy and he will respond simply: he is in it to cultivate the human soul. He wants his students to be better human beings through education. He feels his university environment – a smallish, Catholic school – makes it slightly easier to pursue that goal, but he is quick to point out that he is not alone: professors with similar outlooks are tucked into universities, big and small, keeping pure intellectual philosophy alive in higher education.

Championing education in its purest form plays an ever more important role according to Cunningham. He sees a growing chasm between the goals of faculty and university administrators. The number of faculty available to connect with and inspire students is shrinking, while administrative staff managing grants and other federal funding gets larger.

The impact on students is clear and distressing. As the cost of tuition skyrockets and the focus on developing intellect declines, students are increasingly pressured to think about their university education solely in terms of career and job – an idea that reduces learning to a question of return on investment. And without an environment of lively debate driven by a passion for knowledge, students “seem like they’re sleepwalking,” observes Cunningham.

Cunningham’s outlook informs his strategy in the classroom, where he works to counteract listless minds and to provide a payoff in sheer intellectual exercise: “The cheap trick to get them engaged is to go for politics, but I try to get them fired up about mental work.” Indeed, in Cunningham’s classroom, students press beyond simple answers to look at deeper, more nuanced “what ifs” that challenge their minds.

That focus on stretching and challenging gray matter puts a high priority on reading, analyzing and discussing the raw materials of history: its documents. Cunningham assigns two document readings per week along with some questions for thought. To assess students’ understanding (and diligence), Cunningham periodically collects notebooks in which they record their work. However, students are expected to come to every class prepared to discuss what they have read, what it means and its impact on history.

That can be a tall order for an undergraduate student, but Cunningham has found a unique resource that bolters his students’ ability to think critically about history. For the past four semesters, he’s used Milestone Documents, an upstart digital primary source reader that combines 1,200 key historical documents with expert analysis from a global network of scholars. Milestone Documents provides full text of virtually every work in its expanding collection, but it’s the analyses that change the dynamic of the classroom discussion and spur his students’ appreciation of these historic artifacts. “The students love the analyses. They’re the most comprehensive out there and they bring the students into the minds of the authors of the documents,” says Cunningham.

The quality of Milestone Documents’ content is supported by extraordinary flexibility. Via the online environment and an intuitive interface, Cunningham creates his own custom reader, built from only the documents he wants to teach in any given semester. While he likes the ability to create the perfect fit for his classroom, he finds students are responding to the simple access and have adjusted easily to reading a screen rather than a printed page. And overwhelmingly, they like Milestone Documents’ price tag (under $20 for a semester’s worth of unlimited access).

Cunningham relies on his lectures and Milestone Documents for the heavy intellectual lifting, but he also assigns a no-frills, concise and reliable survey textbook – Robert Strayer’s Ways of the World: A Brief Global History, published by Bedford/St. Martin’s. The combination of lecture, strong emphasis on document readings, and a framework provided by a survey textbook sets the stage for meaningful discussion (rather than sleepwalking) in class.

Cunningham’s pursuit of traditional values of higher education requires a willingness to buck trends driven by publishers relying on an archaic development program. He describes the standard textbook model as “gasping for survival. Publishers are going the wrong way. Prices are going up, they’re flooding the market with too many new books, too many new authors, and a new edition every six months. They have no real vision.”

Cunningham strictly avoids the expensive, colorful, and monstrously big textbooks that are produced by that 50-year-old model. He feels the combination of lofty price and wads of content that are inevitably left untouched by classroom discussion create aggravation among students. A recent study by the Book Industry Study Group (BISG) and Bowker Market Research shows the aggravation in real terms: more than 40% of students now don’t bother to buy the textbooks – new or used – assigned for their classes. About 11% rent their books, but the balance skip the text altogether or purchase a cheaper, older edition. It’s a stunning indictment of many publishers’ failure to serve the ultimate users of their products.

Just as faculty can keep the pursuit of intellectual prowess alive in higher education, they can pressure publishers to produce works that better fit the student in the digital age. For his part, Cunningham chose Strayer’s textbook not only for its high quality content and utilitarian format, but for its size as well – fewer chapters than the number of weeks in the semester, ensuring that Cunningham can cover it all. Further, he moved past print readers for one that reinvents that traditional classroom sidekick into a vastly superior core work that leverages the benefits of its online environment. The small price tag for Milestone Document makes its model of vast content a bargain in the students’ eyes. “They’re dazzled by the price. There’s no disconnect between what they pay and what’s used in class,” says Cunningham.

Ultimately, Cunningham has created a classroom format that he finds more fulfilling and moves him closer to his goal of helping his students become assets to society. He encourages his fellow professors who are reluctant to change their habits to give up their suspicions of new models and try something new . . . try something that champions the cause of intellectual growth in higher education and saves students from a four-year nap.