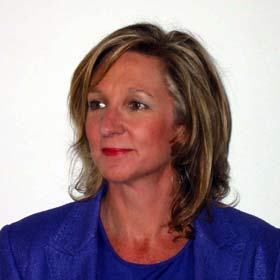 At California State University at Fullerton, the average student is anything but. Located in Metropolitan Los Angeles, the campus reflects the rich diversity of its urban setting, with a student body that includes those who are working full time while they pursue their degrees, homemakers returning to complete their education, and lifelong learners as well as the traditional fresh high school grads, all within an extraordinary age range.

It can be a knotty affair for faculty in the classroom. Such a diverse student body can mean that class composition—and the resulting class personality—can shift dramatically between day and night classes and from semester to semester. “A lot of my students are the first in their family to attend college,” says American Studies Lecturer Karen Linkletter. “There’s often little money for school, and they’re holding down jobs to help support their families. I have an EMT in one of my classes. He works the night shift and then comes straight to class. These students have a lot going on.”

Adding to the complexity of teaching students who may be preoccupied with real-world lives is the fact that Linkletter’s class attracts a lot of non-majors—students who may not register for the class with, well, zeal for American Studies. Further, the classroom roster has a mix of experience, ranging from naive freshman to sophisticated analysts among the seniors.

But none of this fazes Linkletter. Rather, she embraces the challenges as opportunities, setting out to provide real-life relevance and lasting value for her students. “My class explores what it means to be an American,” she says. “I want my students to be better-thinking citizens . . . to be aware that they are being manipulated by pop culture. I want them to be better consumers.”

It’s a bold and worthy goal that requires tuning the classroom experience to the personality and needs of each class. Linkletter eschews traditional textbooks as too rigid to accommodate her and her student’s needs. Instead, she incorporates a mix of materials with a heavy dose of visual media, which might include something as seemingly light as Gentlemen Prefer Blondes but which offers a particular perspective that can be analyzed. “I teach them how to ‘read’ a film in an academic way,” she says. And she adds fiction (think Tobacco Road) and nonfiction reads (like The Feminine Mystique).

The core of the classroom materials is a collection of primary documents that varies by course and by class. “Primary sources are difficult to tackle, but I’m coming full circle to appreciate them,” says Linkletter. “Students should be reading text as it was written during the time.”

Linkletter’s recent warmth to primary sources was ignited by Milestone Documents, a unique classroom service. It’s a flexible hybrid that combines 1,200 key historical documents with expert analysis from a global network of scholars, packaged within framing content that fills in for a traditional textbook. Milestone Documents provides the full text of most works in its expanding collection, but it’s the analyses that enable Linkletter’s students—whether they are information-literacy-challenged freshmen or budding analytical thinkers—to decipher and appreciate history’s genuine artifacts.

Linkletter loves the freedom the approach allows: Milestone Documents’ enormous (and growing) trove of documents lets her chart her own classroom path, tailoring the assignments to fit her and her class’s needs. “Traditional textbooks control you,” she says. “Everything is picked out for you, and, frankly, sometimes I don’t even agree with it. And students are paying $200 for that?”

It was the cost to students that initially piqued Linkletter’s curiosity about Milestone Documents. “Every semester I had students who would say to me, ‘I can only afford one book. Which one is the most important?’ Or, ‘I can’t buy the book until my financial aid comes in; can I borrow yours?’ Milestone Documents is $19.95 for the semester . . . $19.95.”

Indeed, for under $20 students get absolutely full access to Milestone Documents: complete text of the original documents and the analyses. Assigning instructors get free access to all that, plus an increasing number of thoughtfully composed and created support materials that can inspire or simplify teaching (or do both).

Although she was lured by price, Linkletter found that Milestone Documents adjusted seamlessly to her classroom approach, which is influenced by her historian’s training. She teaches by decade or era. So, in her class, learning about, say, the 1920s encompasses solid historical grounding in the times: the impact of the American economy, the women’s movement, the Harlem Renaissance, and so on. The mix of assigned course materials could incorporate speeches and essays such as Herbert Hoover’s “Rugged Individualism,” Eleanor Roosevelt’s “Women Must Learn to Play the Game as Men Do,” and James Weldon Johnson’s “Harlem: The Culture Capital,” gathered from Milestone Documents. Students are helped to understand historical context, meaning, and impact through the analyses that accompany each document. With that grounding, Linkletter chooses how “deep” she’ll go in classroom discussion based on the skills of the students—covering basics such as message with less-advanced students or, at the other end of the skills spectrum, dissecting the imagery in a document. She adds another layer of texture to the class by showing how culture surrounds, responds to, and influences history with such book assignments as Sinclair Lewis’s biting look at the American Dream in Babbitt and films like Charlie Chaplin’s classic Modern Times, for its insight into the principles of scientific management.

The counterpoint between culture and history serves two purposes. When viewed in the context of the larger culture, the documents “begin to take on a life,” says Linkletter. More important, as students compare and contrast art’s imitation of history and vice versa—as Linkletter describes it, “going underneath history“—students can apply that skill in their own lives, understanding the influences that shape their worlds.

Linkletter admits to taking a road less traveled by those who use a textbook to shape the trajectory of their class, but it’s one that she finds enormously rewarding. “It engages the students. I learn from them in every class, and they learn from each other. I feel like I’m always being regenerated,” she says. To wit, she confesses to a previous boredom with the topic of westward expansion, but she happily reports that it has now turned to fascination. “Frontiers. That’s the exciting piece. I ask students, ‘what’s the new frontier?’”

Ask Linkletter the same question and you’ll get a deeply personal answer. “To me, the new American frontier is education. That’s the challenge to conquer,” she says. “We tell kids ‘your only hope is to be educated.’ But we keep defunding and raising the prices. We’re tinkering on the fringes at the state and national level, when what we need is real leadership and a new model.”

For her part, Linkletter continues to change and adapt to accommodate students whom she’s determined to educate and enrich. She refuses to “phone it in,” continually experimenting to find the ever-better solution for engaging them and delivering real value for their time and dollar. As part of this quest, she recently agreed to serve as Course Editor for Milestone Documents’ American Studies content, for which she will create new materials to assist other American Studies professors who want to ditch their textbooks as well.