Spring 2019 Update: World and Western Civilization I to 1500 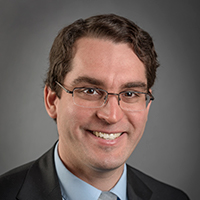 If historians study the past for its own sake, “how it really was,” as Ranke wrote, they also try to connect past and present in meaningful ways. Henri Pirenne put it this way: “If I were an antiquarian, I would have eyes only for old stuff, but I am a historian. Therefore, I love life.” The historian seeks to enrich the world of the present through knowledge and preservation of the past. Therefore, the discipline hangs between two poles: knowledge for its own sake and meaningful connection to the present. These two quotations, it seems to me, can serve as principles by which to judge what primary sources Milestone Documents should prioritize posting.

For example, the new source recently uploaded to Milestone from The History of al-Tabari (AD 10th century), on the murder of the caliph Uthman, yields insight into resistance to his rule and worries within early Islamic culture about political governance. A short document like this, though challenging to read, helps one to understand the past for its own sake, and that is why it is important. On the other hand, a document like The Passion of Saints Perpetua and Felicity (AD 203) reads more easily because it is an inspiring account of two women who persevered in their deepest beliefs despite immense familial pressure. It connects meaningfully to contemporary conversations about feminism, identity, and religious freedom; its intimate quality helps students see empathetically through the eyes of others. Both kinds of documents are important for young people in our classes to encounter.

Another way I have found to connect students to primary sources is through hypothetical debates using documents and characters imaginatively. I mentioned this in my first blog post in September 2018. For example, “King John should sign the Magna Carta.” A positive team argues this perspective and a negative argues against it; both teams utilize a series of primary sources from Milestone that I have taught in class during the previous two weeks. The rest of the class votes on the winning team in the debate, and those students receive bonus points. These exciting events have proved the most memorable part of my world civilization courses. The Milestone team will soon be posting the rubric and the handouts that I use with my students, and I hope they will be useful to other instructors.

A recent survey shows that many Milestone users desire more sources in women’s history and gender history, social history (such as deeds, grants, tax, and court records), environmental history, sources from West Africa such as the Epic of Sudiata about the founder of the Mali Empire, and sources on Sunni/Shi’a identity, such as from Taqī ad-Dīn Ahmad ibn Taymiyyah, the medieval Sunni Muslim theologian. These are helpful suggestions that we will pursue.

Other suggestions included more document overviews. We actually added some missing overviews in 2018, but this year, Milestone will launch a wider effort to cover all the remaining documents that have no overview/introduction.

I am now serving as subject editor for both World History I and Western Civilization I courses. Please feel free to send suggestions for documents or textbook articles directly to me at jtstuart@umary.edu.