Off the Beaten Path: Ditching the Text to Get in Step with Students 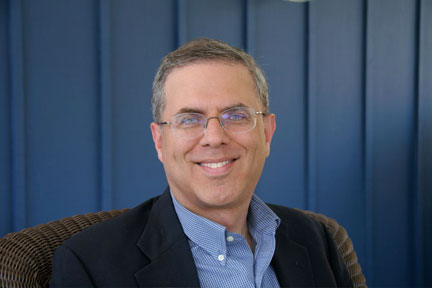 Jonathan Rees remembers the day a colleague told him that she didn’t use a textbook in their survey class. Rees, a Colorado State University at Pueblo history professor, thought to himself, “You can do that?!” It was a watershed for Rees, who was increasingly feeling that the textbooks he assigned were working against his teaching style, rather than with it. “I teach skills as opposed to facts,” he explains. “I want students to read critically and form opinions. And then, I want them to be able to explain how they formed those opinions.”

Rees feels skills are built through interpretation and discussion, requiring a fluid approach in the classroom. Tethering to a textbook – even an excellent one – demands one of two options: keeping the class where the text is (rather than where the students are) or assigning reading that may not be covered in the classroom. Rees opted for the latter for much of his teaching career, and it posed a constant aggravation. “How can I make someone read something I don’t have time to teach?” he wondered.

Rees had already begun a gradual movement away from texts when his colleague revealed her abandonment of them altogether. It was the impetus he needed to go rogue, taking a path he feels many want to explore but hesitate because they feel bound by tradition. “I think it’s uncommon to chuck the textbook completely,” says Rees. “Assign one textbook and one reader.… You’re supposed to do it that way.” But for Rees, it wasn’t good enough for him or his students.

A textbook market in flux

Rees isn’t the only one questioning the viability of the traditional model of a text for every class. Among students – and their checkbook-wielding parents – there’s growing resentment about the hefty price tags that texts often bear. According to a 2006 Government Accounting Office study, the cost of college textbooks rose at twice the rate of inflation in the previous twenty years, amounting to what nonprofit activist group StudentPIRG estimates is an average of now more than $900 per student/per year. Publishers blame high costs on increasing demand from professors for teaching tools that support the text and ease classroom burdens, but students are often caught in the middle: a captive audience with little power to drive down the cost. A report from the Scholarly Publishing Office of the University of Michigan Library characterizes the rising cost as a “textbook problem” that warrants examination to find “low-cost instructional materials for students, making education and resources more affordable.”

Many are watching the emergence of the e-text as the ballast that will bring the market back to equilibrium, but there’s little evidence to suggest that. “People in the industry and general public love to focus on e-textbooks – are they here, are they coming, do students want them, and on and on,” says Neil Schlager, publisher of Milestone Documents, an online primary source reader designed for history and social studies courses. “But in many ways that misrepresents where the battle lines are. There isn’t much reason for a student to choose an e-textbook over a print textbook when the price is about the same and the e-version is basically just a PDF of the print.”

Schlager and his team conduct ongoing research with students which has shown that students are happy to have a digital solution if it’s less expensive and provides a different way of learning – one that leverages the use of digital technology. However, price is a key issue, and Milestone Documents’ research points to an increasing number of students who, when faced with a high text price, simply opt out of the purchase.

“Professors may not focus as much on the cost issue, but it’s a big underlying reason for the disruption in the industry,” says Schlager. “Students are choosing not to buy and clamoring for other options. Once the professors begin to grapple with those questions, then the decision to find an alternative to using a text becomes more compelling.”

Indeed, for professors such as Rees – those who continually work to become better teachers – student frustration with texts may just accelerate them on a path they have already established for themselves: a new model that better fits their classroom style.

A movement away from tradition

Rees began teaching his own courses in 1997, after training as a TA in graduate school at the University of Wisconsin – Madison. As a new teacher, he carefully developed notes for each class. In retrospect, he says he was teaching “at” his notes, looking at what he had written to himself rather than at his students to see how they were absorbing the information. Student and professor don’t work together in that pattern; rather, they take separate paths over the same ground. Then, PowerPoint provided a breakthrough: Rees began moving away from notes to a shared focus on a screen at the front of the room. He began integrating pictures, primary sources and just a little text to label the pictures – a method he continues to use.

“I can throw a document up on the screen and look out at faces,” he says. His ability to read those faces enables him to see what’s engaging students or confusing the issues, which in turn builds greater opportunities for conversation in class. “I’m always happiest when a discussion breaks out.”

PowerPoint addressed one connection issue with students, but the imbalance between classroom and textbook continued as a friction point. Because Rees was moving with the flow of the classroom, textbook material that was assigned was often not covered in the class.

To add an additional headache, textbooks began to appear on smart phones, providing students with a legitimate reason to be looking down at small screens. Rees lamented in his popular blog “More or Less Bunk” about the inability to distinguish between a student looking at assigned text material and one updating a Facebook status. Again, student and professor were on different paths. It was time to make a change.

Inspired by his colleague, Rees simply eliminated the text from his class, opting to rely on his PowerPoint-based notes and a digital reader – Milestone Documents – with unique, comprehensive access to primary sources. Rees compares the move to the Sugar Act of 1764, when the British reduced the breadth of an unpopular but easily evaded tax on colonists. “I reduced the amount of reading but stepped up enforcement,” he says.

Indeed, now Rees and his students are in step with each other. He’s teaching what they’re reading. Further, students no longer had to pay up to $100 for a paper textbook. They pay less than $20 for complete, semester-long access to Milestone Documents. Rees feels there’s significantly less frustration among students. “No one asks me ‘why do I have to read this?’” he says.

With three textbook-free semesters under his belt, Rees says he’s a happier teacher. He likes the freedom to pick and choose the contents of each class and teaches directly on the screen – face to face with his students. The a-la-carte approach allows him to customize, moving the pace faster or slower… the level of discussion up or down, depending upon the students’ fluency in the material.

The use of Milestone Documents has been a pivotal element in Rees’s success with the text-free option. While students may be initially smitten with its affordability, the resource leverages some significant advantages of digital technology. Without the limitations of print, it’s able to provide far greater breadth of coverage – currently containing more than 1,200 historical documents – delivering tremendous flexibility that support Rees’s interest in a custom approach that moves with the class. The resource also includes in-depth analysis by respected scholars from around the world, connecting students with a diverse network of historians and their perspectives. The analysis boosts the level of class discussion, but also evens the playing the field among students – those who need extra help in understanding primary documents are able to consult the analyses, giving them ample preparation for class.

For Rees, the satisfaction comes from the content he’s teaching: the raw material of history. Rather than rote memorization of facts, he and his classes explore primary documents together, sharing thoughts, interpretations, and impact. “This isn’t Jeopardy. If we make them just recite answers, we’ll turn more people off than on,” he says. “We need to prepare them … teach them how to think for themselves.”

Sharing the model, avoiding the angst

“I was open to Milestone Documents because I was unhappy,” says Rees, and he’s helping others find their teaching bliss. He shares insights in “More or Less Bunk,” rails against models that can force educators into lock-step paths, and fights for quality education that eschews slick tech gimmicks that deliver little value. His twitter feed connects followers with bold, unblinking views of the state of education that will inspire even the most complacent professors to protect the core values of higher learning. In short, he’s a voice worth listening to … especially for those who find the traditional structure of text+reader boxy and limiting.

And fresh dynamics in the textbook market may push even the most risk averse professors to seek new models. As digital versus print – and packages of the two – fight for presence, traditional suppliers and online retailers will be drawn into the battle. In his article “The New Economics of the Textbook Business” (The Deal, October 2011), Richard Morgan predicts an outcome that is “a dizzying array of enemies and alliances … of a complexity not seen since keiretsu characterized business in postwar Japan.”

But, in Rees’s classroom, there’s little drama. He teaches. The students engage. They share a path across history and they all learn together.

Learn more about Jonathan Rees by visiting his website.

Milestone Documents is an online primary source reader developed for use in history and social science courses. Pairing the most significant primary documents of all time with award-winning analysis by a global network of 300 historians and scholars, Milestone Documents has an expanding document collection of more than 1,200 primary sources. It is accessible via the Web, the iPad, and any smart phone.

Visit MilestoneDocuments.com/evaluation to learn more or launch a free trial.